‘Chemo brain is a well described entity’ which refers to problems in concentrating, learning and remembering that are commonly experienced by patients undergoing chemotherapy.  Lisey describes it very eloquently in her ‘Chemo braino draino’ post which you can read here (such creative post titles!).  It is said that problems with memory and concentration may improve once chemotherapy is complete but there is a possibility that they will be long term problems.  Awesome! 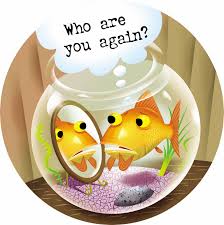 In the week or two before starting chemotherapy I had quite a few vague moments.

Which is how I cut up toast for my one year old son!

And all of this was before starting chemotherapy, so I couldn’t blame it on chemo brain.

(I know what you Tomo’s are thinking.  That all sounds like a normal day in the life of Sonya!)

What about pre-chemo brain?  It hasn’t been described as far as I know but it seems like a true entity to me.  There are many eponymous syndromes and diseases in medicine.  This refers to a syndrome or disease which is named after someone; usually the first person to describe the condition but sometimes conditions may be named after a patient.  Hodgkin’s lymphoma is an example of an eponymous disease, named after Thomas Hodgkin who described it in 1832! Other examples are Parkinson’s disease, Down syndrome and Alzheimer’s disease. There’s even a Baker’s cyst.

Eponyms are a long standing tradition in Western Medicine and being awarded an eponym is regarded as an honour.  However, it is regarded as bad form to attempt to eponymise oneself.  I don’t care about that.  I’ve got an eponymous cancer, I think I’m the first to describe this pre-chemo brain and clearly, I had it, so I’m claiming it.  From now on, anyone who displays problems in concentrating, learning and remembering (what may be better recognised as blonde moments) in the weeks prior to commencing chemotherapy has ‘Baker’s brain’.