Apparently I am writing a blog about my ‘adventure’ with the ‘good cancer’.

Apparently one of the reasons I started writing this blog was to keep my family and friends up to date, so they didn’t have to keep hassling me to see how things were going.

I haven’t written for a long time, with fairly good reason. I was sitting on the couch the other night, thinking to myself, “I really need to get back to that blog one day and catch up. I’m six months behind!” Then I did some calculations and realised I wasn’t six months behind, I was in fact eight and a half months behind! That’s longer than this whole adventure was supposed to be; remember, I was going to be cured after six months of chemotherapy. This is going to be some task, to catch up.

To say a lot has happened in the past eight and a half months is an oversimplification of monumental proportions. It has been pretty horrendous to say the least. But amid all the horror, I continue to be showered with acts of generosity, kindness and unwavering support. And I think I’ve managed to retain my sense of humour. But it hasn’t all been about me; mostly about me of course, but not entirely. In that time, in fact it’s only been in the last three months, no less than four people close to me have been diagnosed with cancer and started on their own adventure, or journey. I’ve connected with two local people, both young and both battling different forms of blood cancer and I’ve also become aware of and connected with an ex-work colleague who has been fighting the very same cancer I am fighting, only he’s been at it for ONE YEAR longer than me.

Several people have said that I should just quickly summarise the past eight months and then keep writing and stay up to date. Sorry, but I can’t give you a blow by blow account of the first six months which, as it turns out, was a walk in the park compared to what I have endured this year, and then skim over all the gory details of 2014. Don’t get me wrong, I still hated every minute of that ABVD treatment and I will still sympathise and empathise with anyone who has to go through it, but compared to a couple of rounds of IVAC and an autologous stem cell transplant, with a couple of complications thrown in for good measure, I would choose ABVD any day.

The good thing about being so far behind (I have some notes, but not many) is that I probably won’t remember too much detail, so my posts should be shorter. Although once I start writing, I’m sure irrelevant details I will feel compelled to share with you will come flooding back. You could say this post is entirely irrelevant. Why don’t I just start writing and get on with catching up? I don’t know.

So if you don’t get a mention (because apparently everybody wants a blog mention), please don’t hold it against me. I truly appreciate everything everyone has done for me and my family during this never ending adventure. There have been so many meals cooked, (although cousin Sonya hasn’t brought any food with her for about the last  five visits and it’s getting kind of embarrassing), play dates, dropping my daughter to school, picking her up, taking her to after school activities, taking her trick or treating, celebrating children’s birthdays while I’m in hospital, transporting me all over town because I’m too weak to drive, working bees, photo shoots, gifts, coffee/breakfast/lunch catch ups, donations, extreme fundraising efforts and much, much more. Thank you, thank you, thank you. If cancer could be cured by love and generosity, I wouldn’t be writing this blog now.

When I last wrote, back in June, I was writing about being slammed with the first round of IVAC in February. That was just before ‘The Walk’, the weekend to end women’s cancers, that I had ambitiously signed up for as it was going to be two months after I finished chemo. Yeah, right!

So the next post will be about ‘The Walk’, followed by the second slam with IVAC and all the joys that followed. Hopefully, some time soon I will catch up with reality. In the meantime………. 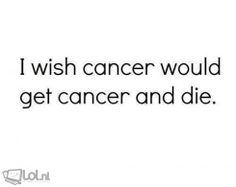